The position of Pakistan has become that of a wrecked boat in the vast stormy ocean of terrorism, militancy, fundamentalism and insurgency. 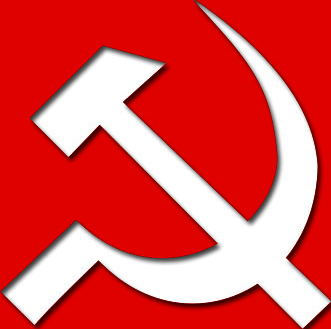 Revolutionaries were to engage themselves directly in armed struggle. Whole-time workers were to propagate the ideas of Mao among the peasants and other working classes for organizing an armed revolution; and, to enroll the sympathizer for the party.

Birth of National Conference in Kashmir

Muslim Conference was formed in 1932. A convention of this party was held on October 14-16, 1932, at Pather Masjid under the chairmanship of Shaikh Mohammad Abdullah. The arrangements for this convention were made by Mirwaiz Yusuf Shah, Moulvi Hamadani and Moulvi Abdullah.

The barbarous murder of hundreds of innocent Brahmans of Kashmir caused their seventh and final agonizing mass exodus from the Valley. This was the final knock down of ethnic cleansing and genocide of the Kashmiri Pandits.

If the creation of Telangana is possible, why not a HOMELAND for Kashmiri Pandits who are suffering since centuries.

A History of The Kashmiri Pandits Race

After independence and accession of Jammu & Kashmir state to India, Kashmiri Pandits were pushed back to the uncultured Afghan era. They were given the sugarcoated dozes of poisonous toxics. Article 370 of Indian constitution just reduced them to cipher and liquidated their population.

The saying goes that there virtually remained only eleven Brahman families in Kashmir, and Sikander, under the evil influence of Suh Bhat- the newly converted general, flattered himself that he had extirpated Hinduism from the Valley.

A History of The Kashmiri Pandits Race

After independence and accession of Jammu & Kashmir state to India, Kashmiri Pandits were pushed back to the uncultured Afghan era. They were given the sugarcoated dozes of poisonous toxics. Article 370 of Indian constitution just reduced them to cipher and liquidated their population.

Kashmir Politics can be termed as an authentic document because the author himself took some interest in the politics of J&K State during his studentship and made a critical study of the developments going on around him.

This book provides new insights into the history of modern Kashmir. Highlighting the strong tradition of historical writings in Kashmir from very early times, it discusses at length the mystic splendors of the saffron valley. The thirty-three important documents related to Kashmir have also been appended.

Am I asking for too much?

You required me to hold your little finger to help you walk, Now I need your broad shoulders to take small unsteady strides, I am a crooked tree trunk waiting for the wind to uproot me.

With the foundation of Sultanate in A.D. 1339, the whole strategy about Kashmir changed. It became the magnetic attraction for the Muslim missionaries, sufies, saints and ulema from Central Asia- who propagated the message of Islam in the region.

The Great Historians of Kashmir - Earliest to 1752

While all histories of Hindustan written during the Sultanate and Mughal period ignore the pre-Islamic period of Indian history; and, while many begin their narratives with the description of the general history of Islam; the Kashmiri chroniclers do not show their extra-territorial links with the lands of Islam