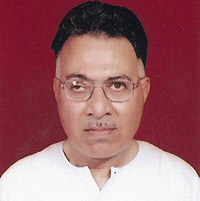 In his poems he raises voice against human exploitation, sufferings and human tragedies. He is very clear and vehement about human sensibilities, psychological problems and philosophy of life. Balkrishan Sanyasi has also acted on stage several times and performed the role of LADISHAH (a humorist poet and singer) in KASHMIR FILE PROGRAM which was televised on Doordarshan Kendra, National Channel in Mid nineties for some time. Balkrishan Sanyasi left his Srinagar residence at Baghisunder Bala Chattabal in 1990 and is presently residing in Delhi