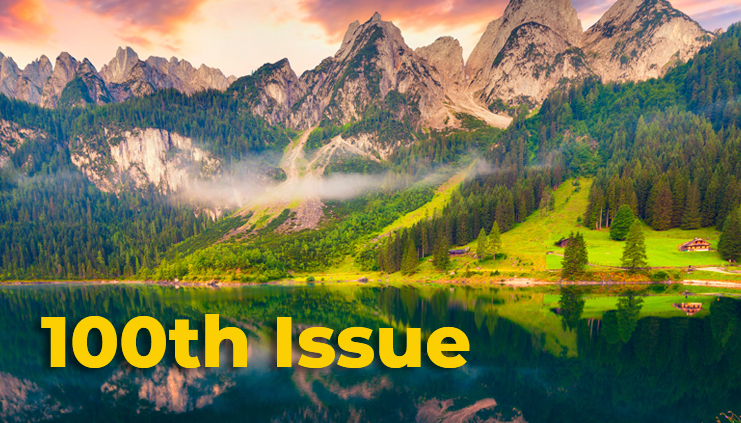 We bring to you Shehjar's 100th issue, as we close in on the year 2020. Shehjar's first issue was in August of 2007; So it has been a long journey and in all these years, a lot of water has flown under Srinagar's bridges. While many momentous events have taken place in Kashmir since 2007, complete defanging of Article 370 by the BJP led government may turn out to me the most impactful. It is not that a new territory has been added into India, for Jammu, Kashmir and Ladakh have been a part of India since independence. It is just that the integration has now been made seamless and separate provisions for these parts of India within the Constitution of India have been removed.

Reactions to this decision have been strong. Pakistan has employed all its resources to create an anti-India campaign around this decision. People from the erstwhile Jammu and Kashmir in most part have supported or opposed the decision along religious and ethnic lines. Kashmiri Muslims, especially valley-based Sunni Muslims fear dilution of their identity and are mightily upset that integration is being forced on them. Many Shia Muslims and Muslims belonging to Gujjar and Bakarwal tribes and those living in the Jammu region would rather wait and watch and have mostly been reserved in their opposition or support. Hindus and other minorities across the state are wholeheartedly supporting seamless integration of Jammu, Kashmir and Ladakh into the Indian mainstream.

The reasons that have been put forward in favor of removal of Article 370 are:

The new opposition is mainly from people who fear of loss of identity. There is also opposition, which is continuing, from separatists who want nothing to do with India. There are those among them who want a separate country and others who want merger with Pakistan based on religious affinity. The terrorists who push their narrative through guns, bombings and violence need to be stopped in their tracks using the large security apparatus available to the government of India. At the same time, the Indian government and India's people will need to create a way forward with the larger population; through constructive engagement instead of unbridled violence, and without demonization of the average Kashmiri for his or her aspirations.

So far, the government of India has been able to ensure a strong defense to Pakistan's diplomatic offensive. The government has also been able to maintain law and order with barely any loss of life or privilege for the average Kashmiri. Disturbed by this, some separatist terrorists - aided and abetted by agencies and countries inimical to India - have been the cause of almost all the recent violence and killings; that too against defenseless civilians. The key from now will be in how India is able to continually walk the fine line; dealing forcefully with the terrorists while engaging constructively and wholeheartedly with everyone else, even if they hold opposing views.

Shehjar thanks all of its authors and readers for having supported this online magazine. It is your support and engagement which keeps us motivated to sustain an effort which began more than 12 years ago. Please send your feedback and comments to editor.shehjar@gmail.com.